Is Discectomy Surgery an Open Procedure? 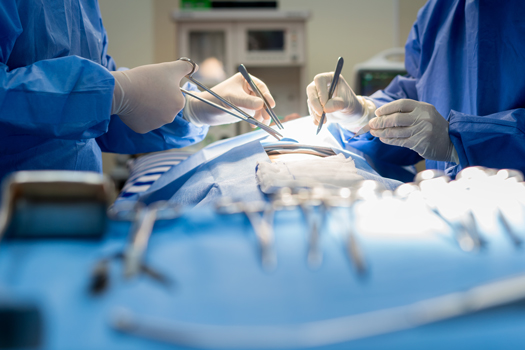 Only about 10 percent of people with a herniated disc end up needing surgery. If you have discussed this situation with your surgeon, he or she may recommend a discectomy. A discectomy can be a traditional "open" type of surgery, but there are other options available as well. This article looks at different ways to perform a discectomy and when an open procedure may be recommended.

"Open" surgery is so named because it is typically performed with a single large incision that opens up or fully exposes the affected area. With spinal disc surgery, a common option is a unilateral transflaval discectomy. The techniques used are similar to any type of open discectomy, a process that usually involves:

It is increasingly common today for a discectomy to be performed with minimally invasive techniques. The most common option falling into this category is a microdiscectomy. In this case, it is not an open procedure, since a smaller incision is made to reach the problem disc. To assist with visualization, a microscope or a magnification device called a loupe is used as the disc material is removed. Patients with disc-related issues often prefer microdiscectomies when they are an option due to benefits such as:

An endoscopic discectomy is also minimally invasive and similar to a microdiscectomy. The term for the procedure comes from a piece of equipment called an endoscope, which is used to help with visualization of the affected spinal disc and nearby areas. This is accomplished with a small camera attached to the scope. Shorter recovery times and the other benefits associated with a microdiscectomy typically apply to an endoscopic discectomy.

When Open Surgery May Be Recommended

Some surgeons prefer open surgery for a discectomy because it allows for better direct visualization. This can be beneficial if the affected disc is in a hard-to-reach location or in a part of the spine that is not easy to view with a small camera or other visualization tools. An open discectomy may also be recommended if there is a need to remove the entire disc and perform a spinal fusion surgery procedure to maintain spinal stability.

Determining What Is Right for You

There is no single "best" approach to a discectomy. While less invasive procedures are often preferred, there are times when open surgery is safer and more beneficial for patients. The decision about what is best for you comes from a discussion with your doctor or a spine surgeon. It is also based on factors such as the location of the affected disc and any patient-specific concerns that may apply.

Even though discectomy surgery is a common and generally quite successful procedure, a hole is frequently left in the outer wall of the disc. In fact, patients with these large holes in their discs are more than twice as likely to reinjure themselves by having what is known as a reherniation. These reherniations often require additional surgery or even fusions. Fortunately, there is a new treatment specifically designed to close the large holes that are often left in spinal discs after discectomy surgery. Barricaid is a bone-anchored device proven to reduce reherniations, and 95 percent of Barricaid patients did not undergo a reoperation due to reherniation in a 2-year study timeframe. This treatment is done immediately following the discectomy—during the same operation—and does not require any additional incisions or time in the hospital.