Can a Microdiscectomy Be Repeated? 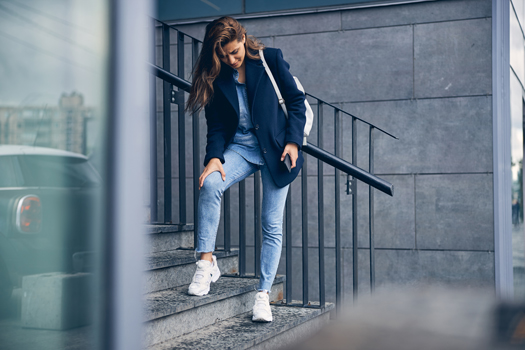 A microdiscectomy is a common spine procedure often done to ease nerve pressure caused by a herniated disc, also often referred to as a “slipped” or “bulging” disc. For most patients, a microdiscectomy is a procedure that's only done once, and it is often successful. However, there are situations when patients may need to have a second microdiscectomy, but not necessarily on the same disc.

One reason you might need a second microdiscectomy is if the same disc becomes herniated again. Reherniation isn't excessively common, but it sometimes occurs. This can happen shortly after the initial microdiscectomy recovery period or even several months or years after the first surgery. Potential causes of disc reherniation that requires another microdiscectomy include:

• Not enough disc material was removed during the first surgery

Issues with Other Discs

You might need to have another microdiscectomy if a different spinal disc becomes herniated or damaged in some other way. This can happen if a disc that was previously stable becomes herniated enough to affect a nerve that's close to the spine. As is the case with reherniation, there are a number of factors that can cause a different spinal disc to become herniated, including:

Conservative Treatment Instead of a Second Microdiscectomy

Each instance of disc-related pain is treated individually, so depending on the nature of your symptoms, your doctor may recommend other treatments first before advising you to have a second microdiscectomy. If your discomfort isn't severe, you may experience relief with:

What to Expect with a Second Microdiscectomy

According to Spine Health, a revision microdiscectomy is typically as successful as the first procedure if a doctor deems it necessary. However, if your spine isn't stable after the second microdiscectomy, your doctor may recommend spinal fusion surgery as a secondary procedure to minimize movement within the affected area and stabilize the spine.

Reducing the Risk of Needing a Second Microdiscectomy

As long as you follow your doctor's instructions after your initial surgery, it's not likely you will need another microdiscectomy. Still, there are no guarantees a second surgery won't be a possibility later on if the spine continues to degenerate. However, you can take some steps to reduce your risk of needing a microdiscectomy again by:

Although discectomy surgery is generally a very successful procedure, a hole is left in the outer wall of the disc. Patients with a large hole in the outer ring of the disc are more than twice as likely to reherniate after surgery. A new treatment, Barricaid, which is a bone-anchored device proven to reduce the likelihood of a reherniation, was specifically designed to close the large hole often left in the spinal disc after microdiscectomy. In a large-scale study, 95 percent of Barricaid patients didn’t undergo a reoperation due to reherniation in the 2-year study timeframe. This treatment is done immediately following the discectomy—during the same operation—and doesn’t require any additional incisions or time in the hospital.