Will I Need Fusion After a Microdiscectomy? 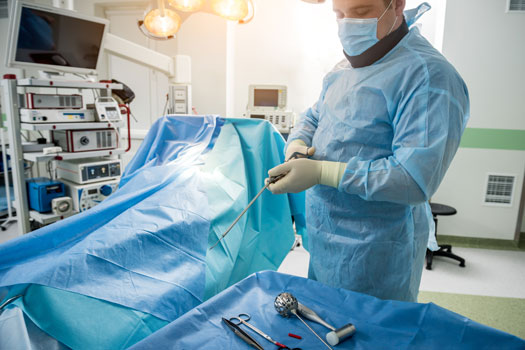 Having one spine-related procedure when possible is an understandable goal and often one accomplished with the right approach to spinal surgery. However, there are times when two of the most common spinal procedures performed today, a discectomy and spinal fusion, are done together or within a short time frame of one another. Below, we talk about whether discectomies lead to fusion and what can be done to avoid the need for fusion.

According to Spine Universe, a discectomy is one of the most common minimally invasive procedures performed today. It's also increasingly common for only a portion of the disc to be removed instead of the entire disc. If there's still enough of the disc left in place to maintain spinal stability, spinal fusion surgery isn't likely to be necessary.

Fusion Is More Likely to Be Needed with Second Disc Surgeries

A discectomy is more likely to lead to fusion if a second discectomy is performed in the same lumbar spine location. This was one of the key findings of a large database study referenced by Spine Universe. On a positive note, the same study found there's a low need for fusion if an initial microdiscectomy is successful.

Spinal Stability Is a Key Factor

The main determining factor with fusion surgery is how stable the spine is after part of the herniated disc (also commonly known as a "slipped disc" or “ruptured disc”) is removed. A skilled surgeon uses specialized instruments and other tools to carefully remove the part of the disc irritating the nerve in a way that preserves spinal stability. If the disc or adjacent discs are severely damaged, fusion may end up being necessary.

Minimizing the Risk of Reherniation Is Helpful

You may also be able to reduce the need for fusion following a discectomy by addressing disc issues early. While every patient is different, early treatment often allows disc problems to be dealt with while the damage is fairly limited. When this is the case, not as much disc material needs to be removed, which preserves spinal stability.

Avoiding the Need for Surgery Altogether

Ideally, it's best to avoid the need for a microdiscectomy altogether to preserve spinal stability. While this isn't always possible, it's a goal you may be able to achieve by fully exploring all available nonsurgical treatment options first. If you're still experiencing disruptive symptoms, work closely with your surgeon so your procedure can be planned in a way that reduces the need for fusion as much as possible.

Although discectomy surgery is generally a very successful procedure, a hole is left in the outer wall of the disc. Patients with a large hole in the outer ring of the disc are more than twice as likely to reherniate after surgery. A new treatment, Barricaid, which is a bone-anchored device proven to reduce the risk of reherniation, was specifically designed to close the large hole often left in the spinal disc after microdiscectomy. In a large-scale study, 95 percent of Barricaid patients didn’t undergo a reoperation due to reherniation in the 2-year study timeframe. This treatment is done immediately following the discectomy—during the same operation—and doesn’t require any additional incisions or time in the hospital.