Are Patients Awake during Microdiscectomies?

May 27, 2022 | By The Barricaid Team | Spine Surgery, Discectomy, Microdiscectomy 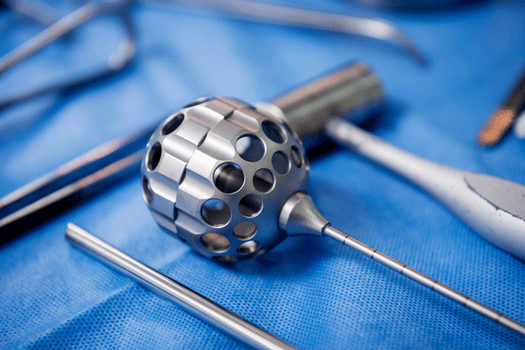 When surgery is necessary for a herniated spinal disc in the lower back area, a microdiscectomy is an increasingly common option. A microdiscectomy is a minimally invasive procedure that relieves nerve pressure by typically removing only as much disc material as needed. This article discusses whether or not a patient remains awake during a microdiscectomy and what goes into making this determination.

A microdiscectomy may be performed while a local anesthetic is used. This is a one-time injection administered in the area where the microdiscectomy will be performed. It contains medication that numbs tissues to the point where there is an absence of pain sensation. However, you will still remain awake as the surgery is performed. This type of anesthesia is more likely to be used with a minimally invasive lumbar discectomy. The numbing solution usually wears off shortly after the surgery is done.

More commonly, a microdiscectomy is performed with general anesthesia. In this case, you will be asleep during the surgery. When the procedure is done this way, there is more preparation involved. Because of the risks inherently associated with sedation, it is typical for patients to be asked about such things as:

Whether you remain awake or fully sedated during surgery, the steps involved with the actual procedure are the same. A microdiscectomy is performed with specialized tools and smaller incisions than those made during a traditional discectomy. Tissue around the affected spinal disc and vertebra is gently opened and retractors are put in place to create a corridor to access the disc. A special type of live X-ray is used as well to ensure optimal visualization and patient safety.

After the microdiscectomy has been performed while you are under general anesthesia, you will be monitored until you wake up when the anesthesia wears off. If a local anesthetic is used, you should be able to leave the hospital or surgery center shortly after your operation is finished. Because the incisions are small, there are usually only small bandages placed over incision sites.

Determining Which Option Is Right for You

Whether or not you are awake during a microdiscectomy mostly depends on your personal preferences and what the surgeon recommends based on the factors that apply to your situation. If you are comfortable with remaining awake and not likely to be excessively stressed or nervous, your surgeon may be more likely to recommend a local anesthetic. However, if you do not feel comfortable remaining awake during the operation, general anesthesia may be more appropriate.

Preparing for Your Microdiscectomy

Prior to having a microdiscectomy, take some time with your surgeon to discuss your concerns and preferences with pain control and management during surgery. This way, you will have a better idea of what to expect. This also means you will likely be more relaxed, which is good for you mentally and physically as you prepare for surgery. You may also prefer to schedule a separate appointment prior to your procedure specifically to ask questions and clarify your preferences with anesthesia.

The type of anesthesia used during a microdiscectomy will vary according to each patient’s specific needs. Back surgery recovery time also varies among individuals and depends on factors such as whether the patient has a large hole in the outer ring of the disc after surgery. If the hole in the disc is larger than a standard pencil eraser, the patient has a significant risk of experiencing a reherniation. Patients with a large hole in the outer ring of the disc are more than twice as likely to reherniate after surgery. These reherniations often require additional surgery or even a larger spinal fusion operation. Barricaid is a bone-anchored device shown to reduce reherniations by closing the hole in the disc after a discectomy, and 95 percent of Barricaid patients didn’t undergo a reoperation due to reherniation in a 2-year study timeframe. This treatment is done immediately following the discectomy—during the same operation—and doesn’t require any additional incisions or time in the hospital.