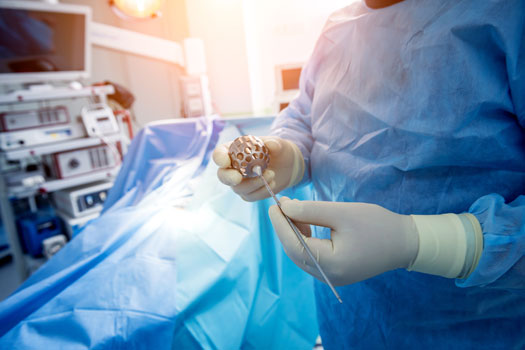 A microdiscectomy is a minimally invasive type of surgery performed to remove the part of a damaged or herniated disc—also commonly known as a "slipped disc," or “ruptured disc”—that’s irritating a nearby nerve. According to Spine Health, this procedure has a generally high success rate of around 85 percent. While this means your odds of enjoying beneficial results following a microdiscectomy are good, there are some signs of disc reherniation you should also look out for as you recover. We go over these below.

Even though a microdiscectomy is a minimally invasive procedure, you may still notice some temporary post-surgery discomfort. This is to be expected. What you want to watch for, however, is a continuation of symptoms similar to the ones you experienced prior to surgery. These may include:

• Lower back pain
• Numbness, tingling, and other radiating nerve symptoms in nearby areas
• Muscle weakness around the affected area

Symptoms that Come Back After a Pain-Free Period

It's also possible to notice signs of reherniation in a different area. Disc material that remains may compress a nerve, such as the sciatic nerve, at a different angle. You could then notice symptoms you didn't have prior to surgery that seem to affect different areas. A completely different spinal disc could also be the source of discomfort felt in other locations. This is something that can happen if the surgically corrected disc wasn't the only one contributing to your symptoms.

A reherniated lumbar spinal disc may also leave you feeling numbness or weakness in your lower extremities. This could be the case even if your initial symptoms didn't include significant discomfort of this nature.

A classic symptom of a herniated disc is discomfort triggered by going from a sitting to a standing position or when bending or making other movements. If you're noticing a return of symptoms aggravated by your movements after a microdiscectomy, your disc may have reherniated.

Diagnosis of reherniation after a microdiscectomy is typically made with a physical examination and results from an image test, which is often an MRI or CT scan. A nerve root injection may also be done to correctly identify the affected nerve. With an MRI, a chemical called gadolinium is sometimes used to determine if the source of the discomfort is reherniation or scar tissue.

It's fairly common for treatment to first involve physical therapy, steroid injections, and other nonsurgical options. Some patients respond well to these efforts and reach a point where discomfort is managed or controlled enough to not require any further action. But if symptoms continue to be disruptive, another microdiscectomy may be recommended.

Although discectomy surgery is generally a very successful procedure, a hole is left in the outer wall of the disc. Patients with a large hole in the outer ring of the disc experience 70 percent of all reherniations after surgery. A new treatment, Barricaid, which is a bone-anchored device proven to reduce reherniations, was specifically designed to close the large hole often left in the spinal disc after discectomy. In a large-scale study, Barricaid was proven 95 percent effective, meaning 95 percent of patients weren’t reoperated for a recurrence of their herniated disc during the 2-year study timeframe.