How Much Pain Is Usually Associated with a Discectomy? 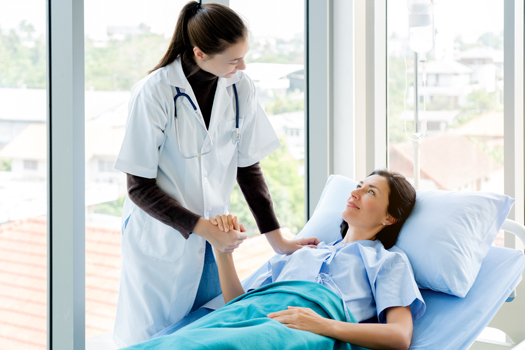 The purpose of a discectomy is to significantly reduce or eliminate pain stemming from nerve compression, usually when it's caused by a herniated disc. If you've reached a point where you're considering or preparing to have a discectomy, you can expect initial discomfort related to the procedure as you heal and recover. This article explains the level of pain typically associated with a discectomy.

No Pain during Surgery

A discectomy is performed under either local or general anesthesia, depending on your surgeon’s technique and the appropriate measures for your situation. For this reason, you won't experience any noticeable pain during the actual surgery, regardless of which type of discectomy your surgeon is performing. The two common types of discectomy surgery are a less invasive microdiscectomy and an open discectomy, which traditionally results in a larger incision.

As long as you effectively manage your pain after having a discectomy, you should notice a steady decrease in post-surgery discomfort. This pain is typically much less than the pain you might have continued to experience if you did not have a discectomy at all. Once the initial discomfort subsides after surgery, many patients notice improvements with everything from the ability to sleep comfortably through the night to the ability to perform daily routines without significant pain or limitations. These benefits are the reason most patients elect to undergo a discectomy if they haven't had success managing their symptoms with conservative treatment.

As we mentioned above, the goal with a microdiscectomy is to ease or even entirely eliminate pain you are experiencing related to a herniated or damaged spinal disc. Even though there will likely be some degree of post-surgery pain, it's often manageable until it subsides. Shortly after surgery, the pain you felt from your herniated disc irritating nearby nerves should no longer be a significant issue. Your doctor or surgeon is likely to give you guidelines for addressing post-discectomy pain. Generally, doctors often advise patients to take the following steps to ease discomfort after surgery:

Pain levels and back surgery recovery time vary among individuals and depend on factors such as disc height and the size of the hole left in the outer ring of the disc after surgery. If the hole in the disc is larger than a standard pencil eraser, the patient has a significant risk of reherniation. Patients with a large hole in the outer ring of the disc are more than twice as likely to reherniate after surgery. These reherniations often require additional surgery or even a larger spinal fusion operation. Barricaid is a bone-anchored device shown to reduce reherniations by closing the hole in the disc after a discectomy, and 95 percent of Barricaid patients didn’t undergo a reoperation due to reherniation in a 2-year study timeframe. This treatment is done immediately following the discectomy—during the same operation—and doesn’t require any additional incisions or time in the hospital.