Does a Discectomy Require Fusion Surgery? 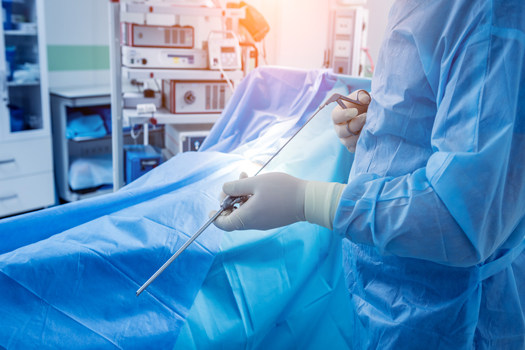 It was once common for a discectomy to be combined with a spinal fusion, since the affected disc was often completely removed. However, today there is an effort made to remove only as much disc material as necessary to relieve nerve pressure. You can have a discectomy without a fusion, but there may also be times when this is not the case. This article explains whether and when fusion surgery is necessary with a discectomy.

A discectomy naturally complements a fusion, mainly because both procedures serve different purposes with a similar goal—to improve a patient's quality of life. A discectomy is a decompression procedure performed solely to take pressure off nerve roots, which is what makes a herniated disc (also commonly known as a "slipped disc" or “ruptured disc”) disruptive for most patients. A fusion, by comparison, is performed to stabilize the spine. There are many reasons the spine may become unstable, including traumatic injuries and, in some instances, issues with a spinal disc.

A discectomy can be a standalone procedure if conditions allow for only a small portion of disc material to be removed in a way that does not affect the stability of the spine. In this case, the protruding disc material is removed, and the patient goes through the post-surgery recovery period. A discectomy is more likely to be performed in a way that preserves spinal stability and eliminates the need for fusion if minimally invasive techniques are used.

When a Fusion Becomes Necessary

A fusion is more likely to be necessary if spinal stability is not maintained after the part of the disc that is irritating adjacent nerve roots is removed or if the disc has fully collapsed. In this instance, the disc material is removed first, and spinal fusion surgery is performed following the initial procedure. A fusion is so named because bone graft material and special hardware are used to join or "fuse" together spinal bones within the affected area to restore, maintain, or improve spinal stability.

Determining What Is Right for Your Situation

Whether or not you can have a discectomy or a less invasive microdiscectomy without a fusion largely depends on how much disc material needs to be removed and the resulting instability. The key factor is whether or not your spine is still stable after this material is removed. The location of the affected disc is also taken into consideration, as is the extent of the damage to the disc.

Even if removal of the disc material leaves your spine unstable, there are ways to avoid a fusion. One possibility is to have an artificial disc inserted, which requires full removal of the affected disc. This is also a way to preserve range of motion within the affected area. It is also worth noting certain approaches to a fusion procedure have a fairly high success rate. For instance, with a transforaminal lumbar interbody fusion (TLIF), 80 percent of patients report being satisfied with the results.

Although discectomy surgery is generally a very successful procedure, a hole is left in the outer wall of the disc. Patients with a large hole in the outer ring of the disc are more than twice as likely to reherniate after surgery. A new treatment, Barricaid, which is a bone-anchored device proven to reduce the risk of reherniation, was specifically designed to close the large hole often left in the spinal disc after discectomy. In a large-scale study, 95 percent of Barricaid patients did not undergo a reoperation due to reherniation in the 2-year study timeframe. This treatment is done immediately following the discectomy—during the same operation—and does not require any additional incisions or time in the hospital.