Is a Microdiscectomy a Minimally Invasive Procedure? 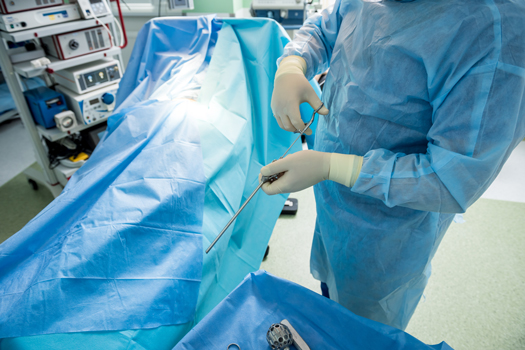 A microdiscectomy is a surgical approach to nerve decompression related to a herniated disc, usually in the lower back area. It is also considered one of the most common minimally invasive spine-related procedures performed today. This article explains what makes microdiscectomy surgery a less invasive approach to spinal disc surgery and why this is often beneficial for patients.

With a traditional or open discectomy, a larger incision is made to access the affected disc. This process involves cutting some of the soft tissues near the target area that needs to be accessed. It is an effective technique for many patients. Even so, it often indicates a longer healing and recovery period along with more noticeable post-surgery discomfort. It is also worth noting a traditional approach to a discectomy is appropriate in some situations.

With a microdiscectomy, specialized tools are used to avoid the need to make a larger incision. Instead, smaller incisions are made in a way that reduces soft tissue disruption while still decompressing the affected nerve(s). With this approach to performing spinal disc surgery, patients often benefit from:

It is not unusual for patients who are otherwise healthy to fully recover from microdiscectomies after approximately a few weeks. However, it is still important to participate in any recommended post-surgery therapy and follow guidelines for getting back to regular routines.

3 Ways a Microdiscectomy Can Be Performed

When compared to a traditional open discectomy, any procedure classified as a microdiscectomy can still be considered minimally invasive. There are three main options with this approach to disc-related surgery:

1. Mini-open microdiscectomy – This is similar to a traditional procedure, although smaller incisions are still made to access the affected area.

2. Tubular microdiscectomy – In this instance, tubes are used to gently separate tissues to reach the disc so protruding material can be removed through one of the tubes.

3. Endoscopic microdiscectomy – This is the least invasive way a microdiscectomy may be performed. It is done with a lighted tool, a small camera, and smaller instruments.

When a Microdiscectomy May Be Recommended

Unless symptoms are severe or there are possible life-threatening issues, surgery of any kind for a herniated disc is usually not considered first. If surgery becomes a possibility, a microdiscectomy may be recommended, especially if it is determined only partial disc removal is sufficient. In many cases, microdiscectomy may also be recommended for individuals with sciatica who are experiencing radiating nerve pain in the lower body area caused by herniated discs.

The risks are generally lower with a microdiscectomy than with an open approach to the same type of surgery. Reherniation is a possibility for some patients, since only the disc material that is affecting a nearby nerve is removed. However, a microdiscectomy does typically retain spinal stability. Also, the success rate is fairly high—around 85 percent, according to one estimate cited by Spine Health.

Although microdiscectomy surgery is generally a very successful procedure, a hole is left in the outer wall of the disc. Patients with a large hole in the outer ring of the disc are more than twice as likely to reherniate after surgery. A new treatment, Barricaid, which is a bone-anchored device proven to reduce reherniations, was specifically designed to close the large hole often left in the spinal disc after microdiscectomy. In a large-scale study, 95 percent of Barricaid patients did not undergo a reoperation due to reherniation in the 2-year study timeframe. This treatment is done immediately following the discectomy—during the same operation—and does not require any additional incisions or time in the hospital.